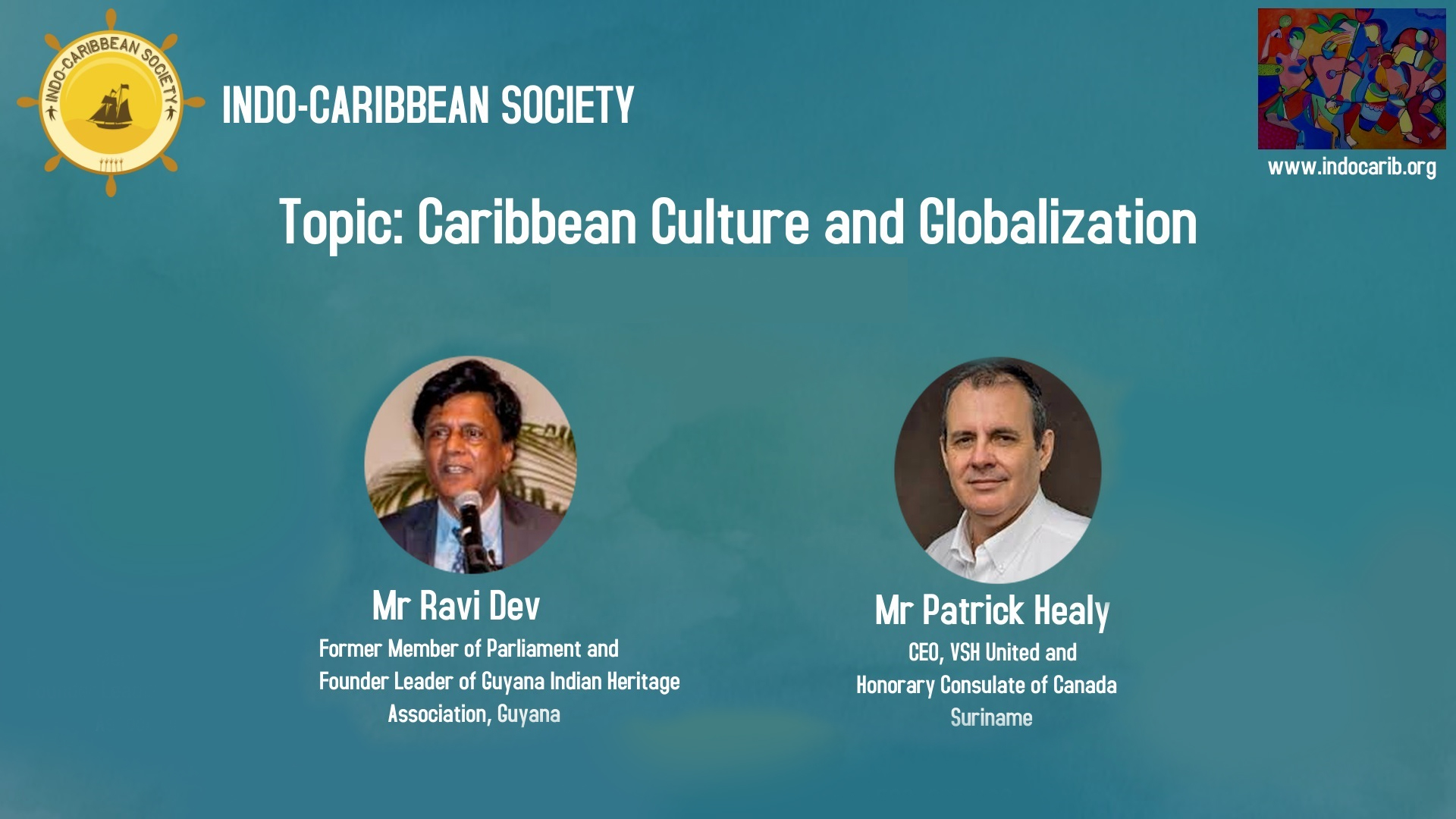 The Indo-Caribbean Society served as the host for a webinar on the theme of “Caribbean culture and globalization.” The speakers were Mr. Ravi Dev from Guyana and Mr. Patrick Healy from Suriname.

Culture, as a term, encompasses various aspects of human life. It includes social behavior, norms, knowledge, arts, customs, beliefs, laws, habits, capabilities of individuals and social groups. People gain culture through learning and socialization. It is evident from the diversity of cultures how the experiences of different societies bring about variation in culture.

Guyana’s culture is closely resemblant to other English-speaking Caribbean nations. It is because of historically being part of the British Empire. The culture in Guyana is a development of an adaption of British culture by both voluntary and involuntary migrants. Their cultural practices converged and formed what we see in present-day Guyana.

Guyana’s geography, history, and demography heavily influence and differentiate it from other English-speaking Caribbean countries. Consequently, it can be considered an amalgamation of African, Amerindian, British, Chinese, Creole, Dutch, Indian, Latin American, and Portuguese cultures.

Suriname, a CARICOM member (Caribbean Community), is the only country outside Europe whose official language is Dutch. Suriname, like Guyana, is also a multicultural country. Along with the indigenous people of Suriname, the population is composed of people from Africa, China, India, Indonesia, and the Netherlands.

The culture of a nation plays a vital role in development. This is the reason why investors and entrepreneurs must take culture into account when establishing a business. With globalization taken into account, this effect becomes even more prevalent.

The integration and interaction among people, organizations, and governments of nations worldwide are called globalization. Globalization has been growing at a fast pace since the 18th century. Advances in technology are the reason behind this astounding level of growth.

In this webinar, Mr. Ravi Dev and Mr. Patrick Healy discuss the importance of culture, how the nations of the Caribbean region have grown, and the importance of cultural understanding in globalization. They also spoke about how local businesses should be included in the nation’s growth for sustainable development. The webinar also sheds light on economic development, learning culture, the next level of globalization, global exposure, etc.