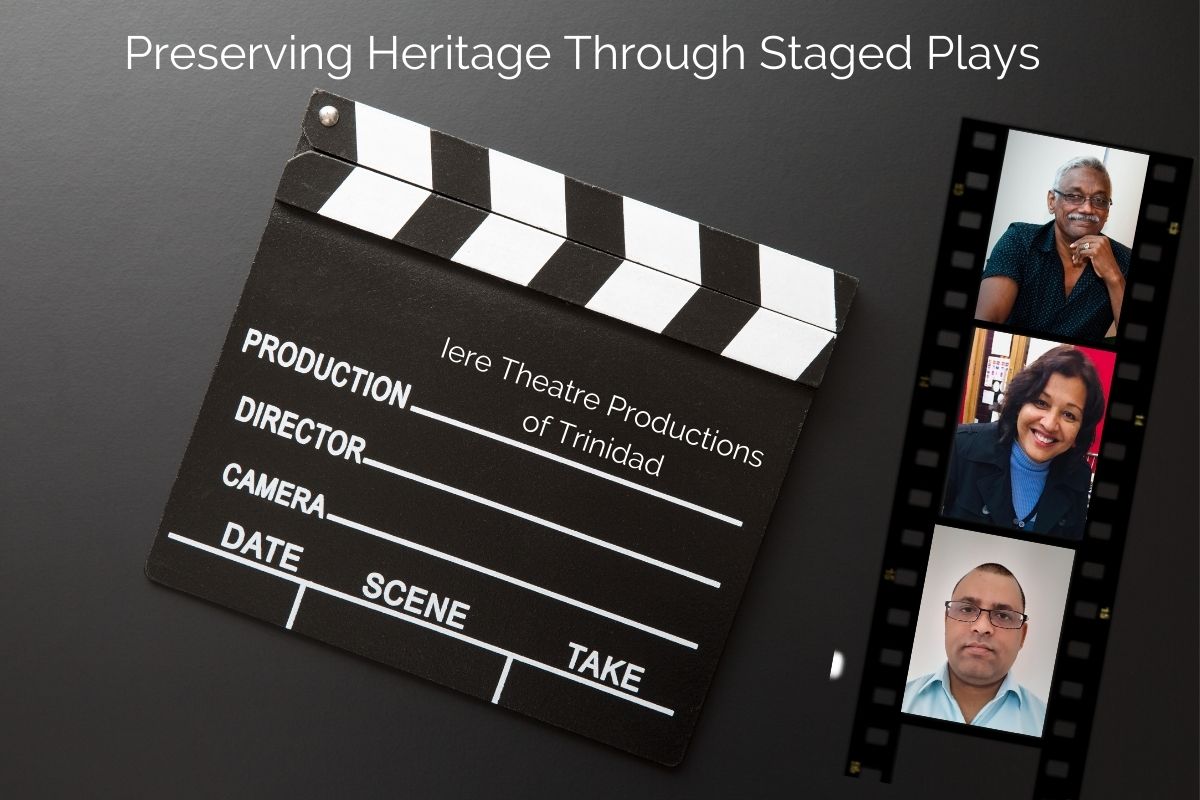 Not many Indian parents in India and the Indian Diaspora are inclined to encourage their children to participate in, or study the Arts, the Humanities and/or the Social Sciences.

The speakers were Victor Edwards, the artistic director and resident writer at Iere Theatre Productions as well as the author of the textbook Caribbean Drama for Secondary Schools; David Sammy, one of the most experienced stage actors in the country; and Sharda Maharaj, a storyteller, stage and film actress (in Moko Jumbie, 2017), and the Secretary of the Indian Diaspora Council of Trinidad and Tobago.

Victor Edwards and the Iere Theatre Productions have been producing stimulating work for at least a decade. The playwright is talented and has not become self-indulgent as some writers /producers have done. Edwards has produced plays other than his own, which has provided him with different perspectives that have helped to nurture the growth of his personnel, such as actors, technicians, musicians, and designers.

Edwards’ scripts range from Takdir (V. Edwards) to Eric: The Musical (Zeno Constance), to A Brighter Sun (Devindra Dookie & Pearl Springer), and Ten to One (Rawle Gibbons). They examine the Trinidadian in his setting and in his backyard, using his own voice. Included in his landscape is the Indian story from crossing the kala pani [dark waters] to building a life on the sugarcane plantation and beyond.

In Takdir, Edwards explores the life of the prospective indentured labourer in India being offered a metaphorical carrot as an inducement to go to “Chinida” [Trinidad]. Some are tricked – we are told – while others were fully aware of what the “contract” meant on paper. What they did not know were the actual condition of their living quarters, and their alien and inferior place in society vis-a-vis the Whites, the ex-slaves and the coloured class. They came from a vast country where they could have walked freely for miles to the next village. Here, they needed a “pass.”

The playwright holds up these traumas to the light, not in a didactic form, but through relationships. This technique makes it easier for the audience to relate to the material.

MOONILAL: Man sometimes I do feel like going back home [in India], yes. BHIM: You have to be some damn fool to even feel so. What back home have for you? You ent like Gurusami; you ent leave nothing behind, eh Guru, what you say? GURUSAMI: Man, three years is a long time; plenty did happen since. BHIM: So yuh going back home when yuh contract up, boy?

As they continue to chat, there is a feeling of nostalgia.

MOONILAL: Man, sometimes when I sleeping in the night, like meh spirit does travel back home, and I do meet meh family.

The play has several strands, not the least of which is a true/authentic love story. But Edwards’ focus is on displaced Indians deciding what next to do. Do they return to India? Or take land in lieu of passage and stake a claim in this new country, and continue working on an estate, or branch out?

In her presentation, Sharda Maharaj said:

“We feel at home when we are recognised. We feel at home when we are understood, and it is in this spirit that Iere Theatre Productions Ltd. birthed its productions over the years. The work of this theatre company is not simply to entertain but to disturb, to shake things up in the psyche so that diasporic groups become the very best of themselves by remembering the lessons of the past and finding new ways of building happier futures. The spaces in which actors ply their craft may be found anywhere, but notwithstanding social media platforms, the final altar for dramatic artistry is in the hearts and minds of those who were moved by the story. This refers not only to the audience but includes the storytellers themselves whose responsibility it is to live the narrative. The beauty of the perpetuation of any theatrical account in this way lies in the fact that it is still relevant; it has hit home.”

Dr. Kumar Mahabir is an anthropologist and the director of a ZOOM public meeting held every Sunday.